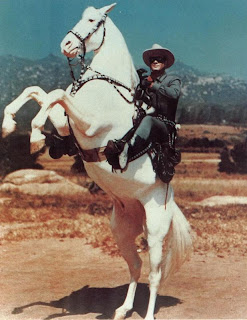 Deep in the Californian desert strange grooves have been cut in the road. Even stranger, when driven over at an optimum speed the grooves play the Lone Ranger theme tune.
Residents of nearby Lancaster say the sounds are more of a screech and as a result the grooves are soon to be eradicated.
The musical road was the idea of Honda, which engineered the road surface to play Rossini's William Tell overture, from which the Lone Ranger theme is taken, at perfect pitch for motorists driving a Honda Civic at 55mph.
What started out as a fun promotion could also have been good for the local economy, as similar projects have proved in Japan and South Korea.
Unfortunately the music, which was intended to be heard only by those travelling in the vehicles, carried too widely and the road is consequently to be resurfaced. Proving the accuracy of the old saying, "Hi-yo Silver, away".


The songwriter and producer responsible for some of Motown's (and my own) best loved songs has died.
Norman Whitfield, whose credits include I heard it through the grapevine, Ain't too proud to beg, Cloud nine and War, was 68 and died from complications of diabetes.
Born in Harlem, New York, Whitfield's family moved to Detroit when the boy was in his teens. Famously they hadn't intended to settle in the city but his father's car broke down and the rest, as they say, is history.
Whitfield worked at Motown in the 60s and 70s, beginning as a junior member of the label's quality control team but he was soon writing his own songs, many with good friend Barratt Strong. 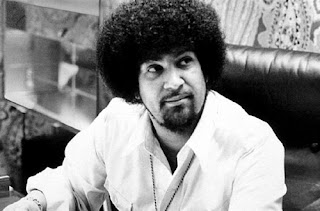 His first hit, in 1962, was Pride & joy, co-written for Marvyn Gaye.
Pretty soon he was also producing songs for the Marvelettes, the Velvelettes, the Temptations, Gladys Knight and the Pips, Edwin Starr and Smokey Robinson.
The Temptations' Cloud nine earned Motown the first of many Grammy Awards, then came, I can't get next to you, Ball of confusion, Just my imagination (running away with me), and Papa was a rolling stone, for which Whitfield and Strong won a songwriting Grammy.
His run of hits continued with, I heard it through the grapevine, Too busy thinking about my baby and the anti-Vietnam, War.
A demanding figure said to be able to reduce his artists to tears, Norman Whitfield was a perfectionist with clear ideas about how he wanted his artists to sound.
When Motown moved to Los Angeles he started his own label and had more Grammy success with Rose Royce and the soundtrack to the movie, Car Wash, in 1977.
Whitfield was inducted into the Rock & Roll Hall of Fame with Barratt Strong in 2002.
More recently, I heard it through the grapevine, which topped the charts in the UK and US in 1969, was voted 65 in Billboard's 100 most successful tracks of the last 50 years.
Smokey Robinson said of him, "He will live forever through his great music." Amen to that.

It's possible to have too much of a good thing, and announcing there's soon to be an Asian version of the Eurovision Song Contest could be one step too far.
The competition, to be called Asiavision, will involve 15 countries including China and India, with a final expected to attract an audience of up to 500 million viewers.
No surprise then that the company purchasing the format for Asia reckons it's 'highly suited' to the region - the advertising revenues alone must make the event a potential goldmine.
And after the Eurovision experience, I'd say bloc voting in this region was a certainty.
Who, what, me? Sceptical? Get away with you!
Posted by M at 23:43
Labels: Asiavision, Barratt Strong, chat, Detroit, Eurovision, Grammy, Hall of Fame, Lone Ranger, Norman Whitfield, Rossini, Smokey Robinson, Song Contest, Tamla Motown, Willian Tell